I am no fan of President Trump. I was already moving away from the Republican Party before 2016, but his nomination as candidate for the presidency was the final straw. But credit where credit is due, the man is a brilliantly effective communicator. He's not a great orator, his speeches do not call forth the best of the Western tradition & inspire us to listen to the better angels of our nature, but he knows how to work the crowd in a way that many more polished politicians do not. He knows how to speak to & harness the anger & disaffection that many Americans feel, had felt for a long time before Mr. Trump helped furnish the words to articulate those emotions. "Fake news" is a coarse but accurate way to describe the half-truths, outright falsehoods, & manipulations both subtle & unsubtle than have fatally undermined the credibility of once-dominant news outlets. As repulsive as Mr. Trump is, why should I believe anything C.N.N. says against or about him when they proffer obvious geographic & historical falsehoods? For instance: 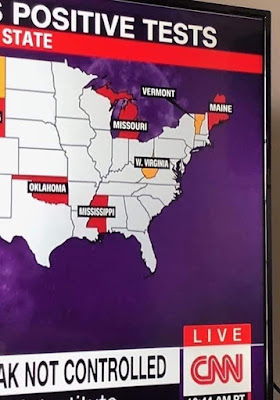