'Tis also the festival of Saint Finnian of Movilla, Bishop & Abbot (circa 495-589, A.K.A. Finbarr), founder of the Movilla Abbey: Saint-link & Wikipedia-link; Wikipedia-link Abbey.

Scripture of the Day
Mass Readings—Tuesday of the Twenty-third Week in Tempus per annum
The Letter to the Colossians, chapter two, verses six thru fifteen;
Psalm One Hundred Forty-five, verses one(b) & two, eight & nine, & ten & eleven;
The Gospel according to Luke, chapter six, verses twelve thru nineteen.

Friends, after Jesus names his twelve Apostles in today’s Gospel, he heals a multitude of people. And that multitude represents us, for we all stand in need of the Savior’s healing touch.

We are made for love and connection and justice and nonviolence, but at every turn and in every way we are twisted in the direction of hatred, separation, injustice, and violence. We are, as St. Augustine put it, wandering in the land of dissimilitude and in the grip of the

libido dominandi. The contemporary philosopher René Girard has reminded us that all of our social arrangements are marked by scapegoating and oppression.

The human race is best characterized as a dysfunctional spiritual family, all of us having been marked from birth by the effects of sin. Sin has found its way into every aspect of human life, personally and institutionally. We would be hopelessly naïve to think otherwise.

And so we need not just a philosopher or social theorist or political activist or military hero, but a Savior, someone who can break into our dysfunction from the outside and heal us.Video reflection by Father Greg Friedman, O.F.M.: United States Conference of Catholic Bishops.

"Christ is our Savior; He is the head of our immense body that is maturing: believing & redeemed humanity: the Church. It is He Who pardons us & enables us to do things greater than ourselves. He is the defender of the poor & the consoler of the suffering."
—Pope St. Paul VI (1897-1978, feast day: 29 May) 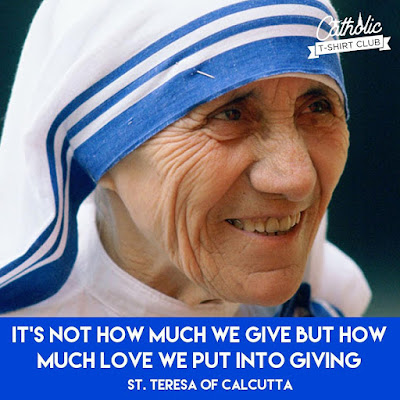