'Tis the festival of Saint Prosper of Aquitaine (circa 390-455): Saint-link & Wikipedia-link.

Friends, today the Lord directs his disciples to ask the Father to send laborers for the work of evangelization. The Christian life is lived in between these two imperatives: conversion and mission.

Having been seized by the beauty of revelation, our only proper response is a change of life and a commitment to become a missionary on behalf of what we have seen. In the scriptural tradition, no vision or experience of God is ever given simply for the edification of the visionary; rather, it is given for the sake of mission. No biblical figure is ever given an experience of God without receiving a commission.

Moses spies the burning bush, hears the sacred name of Yahweh, and is then told to go back to Egypt to liberate his people; Isaiah enjoys a mystical encounter with God amidst the splendor of the temple liturgy and is then sent to preach; Saul is overwhelmed by the luminosity of the risen Jesus and is subsequently called to apostleship. As theologian Hans Urs von Balthasar says, "The beautiful stops the viewer in his tracks and then plants within him a desire to speak to others of what he has seen."

"Liberty & authority are not opposing terms, but values that complement each other. Their mutual cooperation fosters growth of the community & of capacities for initiative & enrichment of individual values."
—Pope St. Paul VI (1897-1978, r. 1963-1978; feast: 29 May)

"Acquire the habit of speaking to God as if you were alone with Him, familiarly & with confidence & love, as to the dearest & most loving of friends."
—St. Alphonsus Ligouri, C.Ss.R., Doctor of the Church (1696-1787, feast: 1 August)

"One of the most beautiful gifts that God has given me is to serve & put my love for Jesus in living action as I serve the poorest of the poor… in giving tender love & care to the poor, to the dying, to the crippled,to the unwanted, to the unloved, to the lepers, & so bring new life & new joy into their lives."
—St. Teresa of Calcutta, M.C. (1910-1997, feast: 5 September)

"Let America love its stars & stripes! But let it also realize that America will conquer by other stars & other stripes than those on our flag, namely, by the stars & stripes of Christ, by Whose stars we are illumined & by Whose stripes we are healed. We pray, too, that His Mother, who stood at the foot of the Cross, may intercede to her Divine Son, that our world may receive Him before it lies in ruins. ‘If God is with us, who can be against us?’"
—Ven. Fulton Sheen (1895-1979) 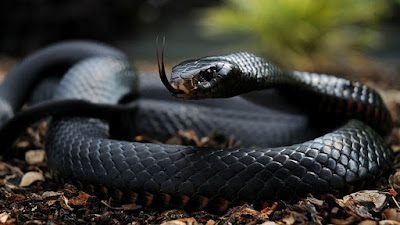