The valiant Wolverines of '09 are officially mathematically better than last year's squad! Hooray! The game was oftentimes horrifying—in the first half as Tate Forcier did his best Nick Sheridan impression, throughout the game as the wily Hoosier defensive line lived in our backfield—but I've often remarked that there is nothing else so thrilling as a close game in which your side prevails and 'twas certainly true in this case. I involuntarily leapt to my feet when Odoms caught the game-winning touchdown and remained upright, pacing a rut in the carpet, throughout the last minutes of the game. Yes. Yes! YES!

And while I can certainly understand the wily Hoosiers' frustration over the ultimately game-clinching interception, I would remind them that they, too, were the beneficiaries of several puzzling calls by the referees. How exactly can pass interference be called on a pass that lands out of bounds, the textbook definition of uncatchable? Live by bad officiating, die by bad officiating. Nice job on the interception, Donovan Warren!

The next challenge is significant: not only must the valiant Wolverines play their first game outside the friendly confines of Michigan Stadium, they face our ancient fratricidal rival, the dastardly Spartans of the Michigan Agricultural College, or whatever they're calling their institution this week. Yes, the dastardly Spartans have made laughingstocks of themselves with their brilliant 1-3 record, but in so doing they've backed themselves into a corner, and an animal is always deadliest when it's cornered. Even a farm animal like a goat or a chicken or a cow. Bring on the dastardly Spartans! And start dusting off the Mike Hart "little brother" comments, it's time to put that feckless bully Mark Dantonio in his place. 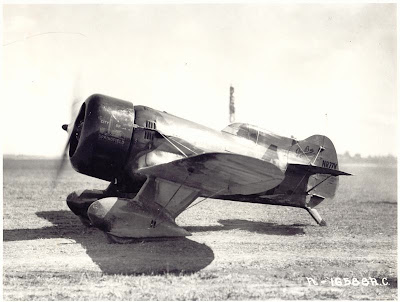 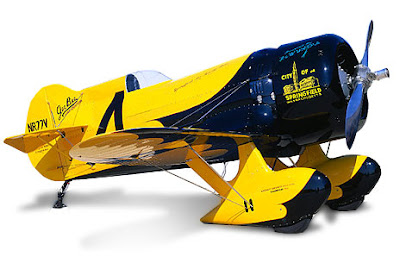 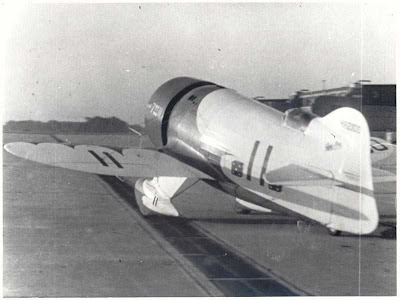 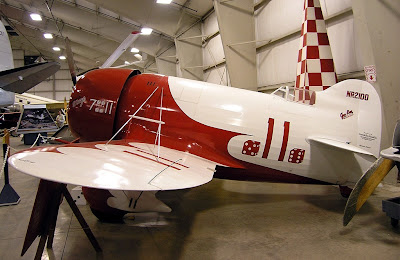 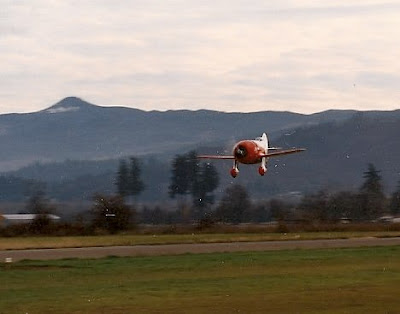 Alas, both red-and-white aircraft are replicas, as none of the three Gee Bees were long for this world (nor were most of their pilots). The fanciful sketch below is from a classic aviation blog I frequent. 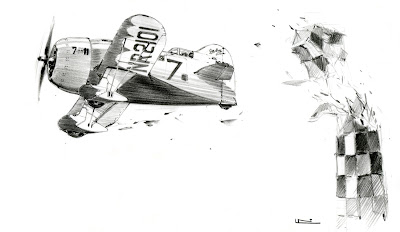 Eye of the Tiger: Requiem
It has been one week and one day since Tiger met her demise, one week and one day since I buried her in the backyard. In yesterday's mail arrived two cards of condolence, one of which serves as a perfect illustration of why I requested no comments be left after the post informing you, my treasured readers, of my kitty cat's death. The offending passage from the handwritten condolence reads, "You knows, [Tiger] may be meeting Sam in cat heaven right as we speak." For pity's sake, when I am already grief-stricken over my pet having perished, the last thing I want to have to deal with is some well-meaning fool's blasphemy; there is no "cat heaven," you infuriating moron, Man is unique among all God's creatures in possessing an immortal soul. Yes, please, comfort me with ignorant and idiotic heresies! I realize that these blasphemies have at their origin a desire to help, but that doesn't make them any less blasphemous, any less offensive.

The worst part is that now courtesy demands I thank these dimwits for their well-intentioned heresies, but nuts to courtesy, I'm not going to thank anyone for attacking the Lord God and the fundamental order of His Creation.

The Rebel Black Dot Songs of the Day
The Puppini Sisters, "Could It Be Magic" from The Rise and Fall of Ruby Woo (T.L.A.M.)

Samstag, 26 September
The University of Michigan Marching Band, "Grieg Medley" from Hurrah for the Yellow and Blue (T.L.A.M.)

Commentary: "Grieg Medley" isn't the name of a proper song, but it's an apt description of the track (and the name of the track as far as the C.D. and its liner notes are concerned). The only specific tune I recognize and can name from "Grieg Medley" is "In the Hall of the Mountain King" from Peer Gynt. Neat!
Posted by Mike Wilson at 9:46 PM
Email ThisBlogThis!Share to TwitterShare to FacebookShare to Pinterest