Death without the Eucharist: Day 35
He was thirty-five days dying & not yet dead.

'Tis the Tuesday of the Second Week of Easter: Pascha-link & Wikipedia-link Paschaltide. 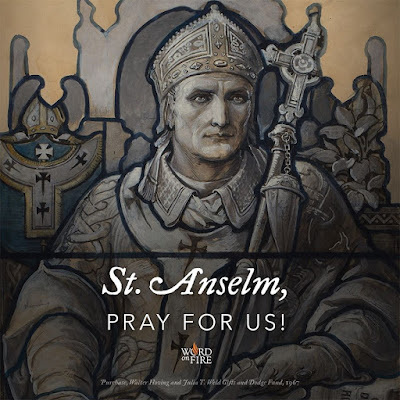 'Tis also the festival of Saint Román Adame Rosales, Priest & Martyr (1859-1927), martyred in the reign of the Mexican strongman Plutarco Elías Calles, one of the Martyrs of the Cristero War: Martyr-link & Wikipedia-link; Martyrs-link México & Wikipedia-link México.

Scripture of the Day
Mass Readings—Tuesday of the Second Week of Easter
The Acts of the Apostles, chapter four, verses thirty-two thru thirty-seven;
Psalm Ninety-three (R/. one[a]; or, "Alleluia"), verses one(a/b), one(c/d) & two, & five;
The Gospel according to John, chapter three, verses seven(b) thru fifteen.

Friends, in today’s Gospel Jesus declares that he must be lifted up to bring eternal life to believers.

Why would God’s salvation of the human race have to include something as horrifying as crucifixion? We live in a time when the human predicament is regularly denied, explained away, or ignored. Despite the massive counter-evidence from the moral disasters of the last century, we are still beguiled by the myth of progress: with just enough technical advancement, psychological insight, and personal liberation, we will solve our problems.

But with this sort of stupidity and superficiality the Bible has no truck. The scriptural authors understand sin not so much as a series of acts but as a condition in which we are stuck, something akin to an addiction or a contagious disease. No amount of merely human effort could possibly solve the problem.

With this biblical realism in mind, we can begin to comprehend why the Crucifixion of the Son of God was necessary. The just rapport between God and human beings could not be reestablished either through our moral effort or with simply a word of forgiveness. Something had to be done—and God alone could do it.

…so that He may establish your hearts unblamable in holiness before our God & Father, at the coming of our Lord Jesus with all His saints.

Commentary: The third chapter of 1 Thessalonians doesn't have sixteen verses; so, 3:13 is the closest approximation.

"When faith becomes the force that supports a person & the person relies entirely on God, then faith automatically becomes love. The great figures of faith—from Paul via Francis of Assisi down to Maximilian Kolbe & Mother Teresa—show us this."
—Pope Benedict XVI (b. 1927, r. 2005-2013)