Death without the Eucharist: Day 25
He was twenty-five days dying & not yet dead. 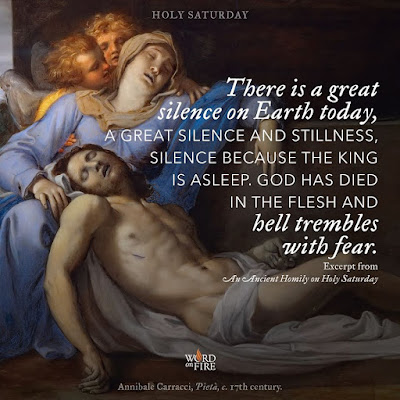 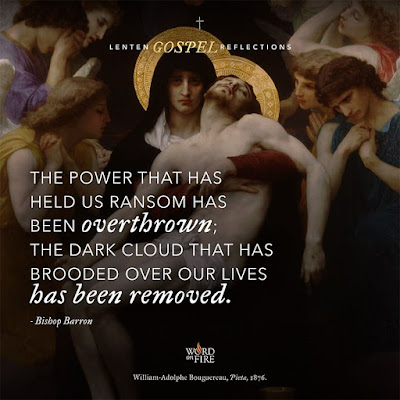 Friends, today’s Gospel tells of the women who were the first witnesses of the Resurrection.

Jesus goes into the kingdom of death and brings to that dark place the light of God—and more to the point, he brings the power of God, and with this power, he breaks the hold that death has over us. In the language of the Church Fathers, Jesus has tied up and defeated the devil, thereby freeing us from the one who held us for ransom.

Thus the Resurrection of Jesus is the declaration of victory over this terrible power. In all of the Gospel accounts, mention is made of the huge stone rolled across the entrance of Jesus’ tomb. This seems to stand for the awful finality of death, the irreversible, dense facticity of it. It seems to be that power that can never be countered or gainsaid. But in Jesus’ victory, that stone is effortlessly rolled away.

Reflect: Why does St. Paul in his first letter to the Corinthians say that if Christ has not been raised, your faith is [in] vain?

In Today’s Gospel, we experience the tragedy and hope of Christ’s death. After a great tragedy, the days following it are always marked with a profound silence, but a silence that feels incredibly empty, like a void. As the women approached the tomb, they were most likely silent, feeling incredibly empty, and sensing a void where Jesus’ presence used to be. Once they arrive at the tomb, they did not find the body of Christ. The angel told them “He has been raised from the dead, and he is going before you to Galilee; there you will see him.’ Their grief becomes amazement and their sorrow becomes joy. God literally shook them out of their mourning and filled them with a cause to rejoice. Like the women, none of us can escape the pain of grief and sorrow. Loss, pain, tragedy and suffering are now a part of our daily lives, but in the Resurrection story we find evidence of how God confronts us in our loss and offers us hope and redemption.

How are you coping with the grief and suffering [due] to the current global pandemic? During this time, each of us have a choice when faced with tragedy in our lives. When confronted with God’s grace and desire to heal, we can harden our hearts and become insensitive to God’s love. Or we can follow the example of these biblical women who remained with Jesus throughout His sufferings and came to Him in service even after His death. Even though they could not see Him in their pain, they believed He was with them. When they arrived at the tomb, they were consoled in their sorrow. Jesus entered into their human experience and revealed Himself to them. He then entrusted them with a mission to announce the good news of His Resurrection to others.

Today’s Tip: Say the Sorrowful mysteries of the Rosary. Invite Jesus into your suffering as you mediate on His. Only then can you break through the darkness of your deepest sorrow and truly experience the goodness that comes from Our Lord’s Resurrection and share the Good News with our fellow brothers and sisters. 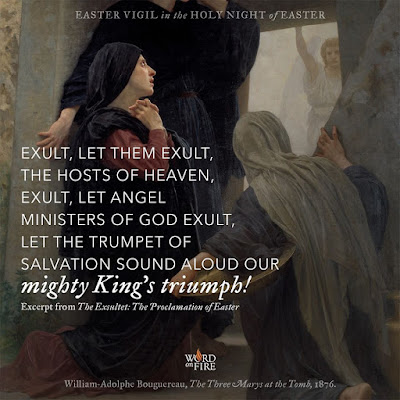 John answered that all, "I baptize you with water; but He Who is mightier than I is coming, the thong of Whose sandals I am not worthy to untie; He will baptize you with the Holy Spirit & with fire."

Otherwise, 11 April would be the commemoration of Saint Godeberta of Noyon, Abbess (circa 640-700, also spelt Godebertha, Godberta), abbess of an abbey at Noyon: Saint-link & Wikipedia-link. 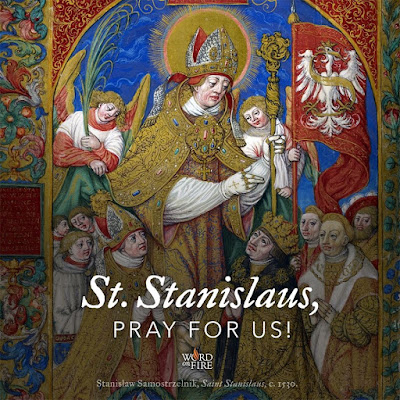 'Twould also be the commemoration of Blessed George Gervase, Priest & Martyr, O.S.B. (1571-1608, also spelt Jervise), martyred in the reign of the Anglo-Scottish king James VI & I, one of the one hundred sixty Martyrs of Douai: Martyr-link & Wikipedia-link; Martyrs-link Douai & Wikipedia-link Douai. 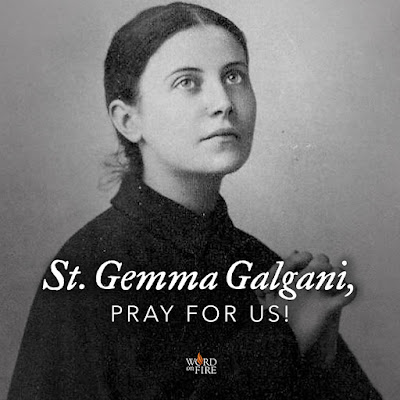 "The readings in the Paschal Vigil carry us into the mysterious arena where human sin meets God's justice & mercy. There life & death 'have contended,' & there the victory of the risen Christ over death stands out as the source of our salvation & the model of Christian living."
—Pope St. Paul VI (1897-1978, r. 1963-1978; feast: 29 May)