Life without the Eucharist: Day 18
Alas, yesterday's Day of Prayer & Fasting was a bit of a bust. Worse yet, the well-intentioned yet still agonizing interdict against the lay faithful in the Diocese of Lansing has been extended through 30 April, at the earliest. By that time, I will have been forty-four days dying & not yet dead.

"He was one hundred and seventy days dying and not yet dead."
—Alfred Bester, The Stars My Destination 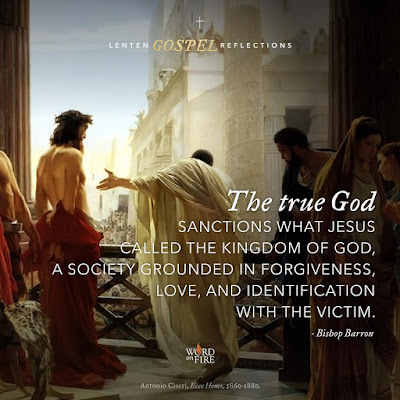 Friends, in today’s Gospel the chief priests and Pharisees unite in a plot to kill Jesus because he raised Lazarus from the dead.

The Crucifixion of Jesus is a classic instance of René Girard’s scapegoating theory. He held that a society, large or small, that finds itself in conflict comes together through a common act of blaming an individual or group purportedly responsible for the conflict.

It is utterly consistent with the Girardian theory that Caiaphas, the leading religious figure of the time, said to his colleagues, "It is better for you that one man should die instead of the people, so that the whole nation may not perish."

The true God does not sanction a community created through violence; rather, he sanctions what Jesus called the kingdom of God, a society grounded in forgiveness, love, and identification with the victim.

Reflect: How did the Resurrection turn the scapegoating that Caiaphas supported into the key to our salvation?

In Today’s Gospel, we begin to see how much of a role fear plays in the Pharisees’ decision to kill Jesus. The Pharisees, who were high ranking and known to be holy and pure, would be willing to act against God’s will because of their fears and anxieties. Threatened by Jesus' power and jealous of His appeal, as well as unable to control people's belief in Him, the Pharisees are so blinded they make a judgment to kill the very God they claimed to serve.

Are there particular fears or doubts you are experiencing? Is there something completely out of your control that you have tried to stop or change the outcome to? When we experience fear and doubt in our lives, our emotions tend to take over our right judgment and we try to remain in control. However, Christ calls us to surrender in every moment and to entrust our fears to Him. His plans are beautiful and so much better than anything we can dream up ourselves.

Today’s Tip: In prayer intentionally surrender one thing that you are holding on to and trying to control. Don’t lose faith, have hope, and allow Him to work in your life.

I hear, & my body trembles,
my lips quiver at the sound;
rottenness enters into my bones,
my steps totter beneath me.
I will quietly wait for the day of trouble
to come upon people who invade us. 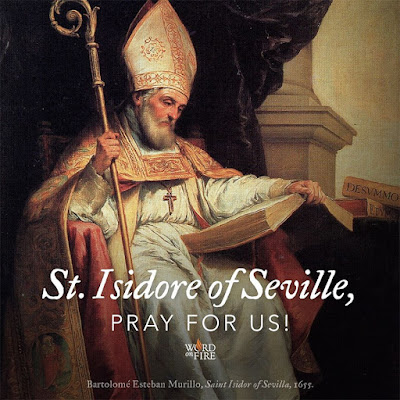 'Tis also the commemoration of Saint Plato of Sakkoudion, Abbot (circa 734-814, A.K.A. the Studite, also spelt Platon), founding abbot of the monastery of Sakkoudion: Saint-link & Wikipedia-link.

'Tis also the commemoration of Saint Gaetano Catanoso, Priest (1879-1963), founder of the Confraternity of the Holy Face (1920) & the Congregation of the Daughters of Saint Veronica (Missionaries of the Holy Face) (1935): Saint-link & Wikipedia-link.

"God is in the midst of us, & it seems that we do not recognize Him. He is in our neighbor & desires to be served, loved, & honored in him & He will reward us more than if we served Him in person. How do I behave toward my neighbor? How toward my brothers?"
—St. Claude La Colombière (1641-1682, feast: 15 February)

"Judas went to the Sanhedrin, to the chief council of the city, & said to them, 'What will you give me?' Everything wrong begins with 'Give me.' The prodigal son when he left home said, 'Give me.' 'What will you give me if deliver Him to you?' They talked among themselves, & they fixed the fee at the price of a slave. What was our Lord worth? About thirty pieces of silver. A slave, He was. The Greek word for 'slave' is doulos. It is used over forty times in the New Testament. A slave does two things: he does hard things, & he does dirty things, even bearing the burden of human sin. So the price was fixed; they gathered together thirty pieces of silver, & they dropped them one by one into that hand that was blessed by the Lord when Judas was called to be an apostle. Judas went out with his thirty pieces of silver. Remember, you can sell the Lord, but you can never buy Him. We get sick of selling the Lord as Judas was, when he brought back his money & flung it into their faces, saying 'I've betrayed innocent blood.' Think about your lives. How many times have you sold Christ?"
—Ven. Fulton Sheen (1895-1979)

"Marred by a million other mistakes, betrayed & tortured through the agony of eighteen centuries, Christianity has never lost its strongest & most distinctive note, the physical note; the talk of the Body & the Blood. Ever since the Crucifixion a certain actuality, &, therefore, a certain sanctity, has clung round the hard pain of prosaic men."
—G. K. Chesterton (1874-1936)