Saints + Scripture: The Assumption of the Virgin Mary 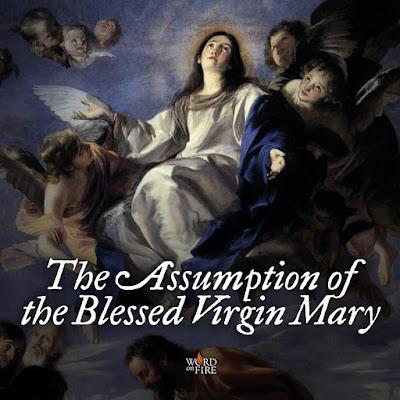 The bodily taking up of the Virgin Mary into Heaven at the end of her earthly life.

Blessed Virgin Mary, intercede for your children. Teach me to follow the ways of your Son with ever greater devotion, & lead me home to heaven where you reign with your Son in glory.

Scripture of the Day
Mass Readings—Solemnity of the Assumption of the Blessed Virgin Mary
The Book of Revelation, chapter eleven, verse nineteen(a) & chapter twelve, verses one thru six(a) & ten(a/b);
Psalm Forty-five, verses ten, eleven, twelve, & sixteen;
The First Letter to the Corinthians, chapter fifteen, verses twenty thru twenty-seven;
The Gospel according to Luke, chapter one, verses thirty-nine thru fifty-six.

Friends, today’s Gospel tells of Mary’s visit to Elizabeth. I’ve always been fascinated by Mary’s “haste” in this story of the Visitation. Upon hearing the message of Gabriel concerning her own pregnancy and that of her cousin, Mary “proceeded in haste into the hill country of Judah” to see Elizabeth.

Why did she go with such speed and purpose? Because she had found her mission, her role in the theo-drama. We are dominated today by the ego-drama in all of its ramifications and implications. The ego-drama is the play that I’m writing, I’m producing, I’m directing, and I’m starring in. We see this absolutely everywhere in our culture. Freedom of choice reigns supreme: I become the person that I choose to be.

The theo-drama is the great story being told by God, the great play being directed by God. What makes life thrilling is to discover your role in it. This is precisely what has happened to Mary. She has found her role—indeed a climactic role—in the theo-drama, and she wants to conspire with Elizabeth, who has also discovered her role in the same drama. Like Mary, we have to find our place in God’s story.

"On this feast of the glorious Assumption of Mary we celebrate the glorification of her immaculate soul & of her virginal body, of her perfect conformity to the risen Christ. This is the same glorification & destiny of those whom Christ made His brothers & sisters."
—Pope St. Paul VI (1897-1978, feast day: 29 May) 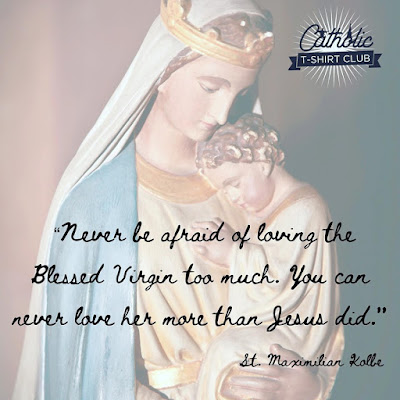