The Popish Plot
"Year 2 in Review" 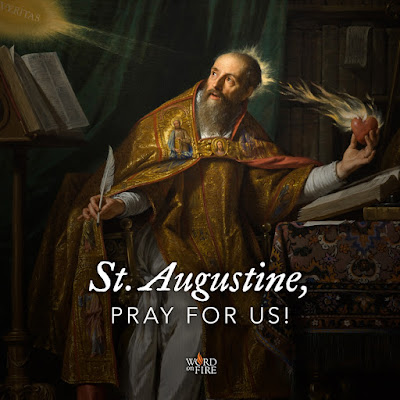 Believing that the grace of Christ was indispensable to human freedom, he helped formulate the doctrine of original sin & made seminal contributions to the development of just war theory. The segment of the Church that adhered to the concept of the Trinity as defined by the Council of Nicaea & the Council of Constantinople closely identified with Augustine's

Friends, on this feast day of St. Augustine, we reflect on the development of Catholic teaching. In one very real sense, the Father speaks all he can possibly speak in his Son, rightly called the Logos. There is no more to be revealed, no more to be said, than what is expressed in Jesus. Nevertheless, the fullness of that revelation unfolds only over space and time, much the way that a seed unfolds very gradually into a mighty oak.

A lively mind takes an idea, turns it over, considers it, looks at it from various viewpoints, questions it. Then, in lively conversation, that mind throws the idea to another mind, who performs a similar set of operations.

This "play of lively minds" goes on over the centuries. St. John threw the idea of the Incarnation to St. Polycarp, who threw it to St. Irenaeus, who threw it to Origen, who threw it to Augustine, who passed it to Thomas Aquinas, who shared it with Robert Bellarmine, who spoke it to John Henry Newman and others, who have given it to us.

Now, who guarantees that this process moves forward? The answer is the Holy Spirit, whom Jesus promised to the Church.

Almighty God, St. Augustine taught that we should love You & do what we will. Let my love be real & profound so that whatever I do may truly be good & holy.

Commentary: Bl. Thomas is a son of the martyr Bl. John Felton [8 August].

"We have our individual personal duty to be good. That does not mean to be weak. It means to be capable of breaking the sad logical chain of evil by patience & forgiveness.It means to love, that is, to be Christians."
—Pope St. Paul VI (1897-1978, feast day: 29 May)

"It was pride that changed angels into devils; it is humility that makes men as angels."
—St. Augustine of Hippo, Doctor of the Church (354-430, feast day: 28 August) 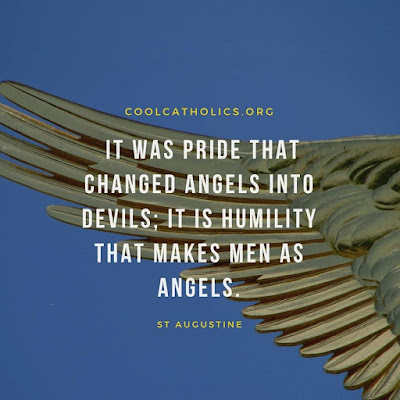