The Popish Plot
"Welcome to Year 3"

'Tis the Memorial of the Passion of Saint John the Baptist (circa 1 B.C.-A.D. 30), martyred in the reign of the Roman emperor Tiberius by the client Galilean "king" Herod Antipas: Baptist-link ūnus, Baptist-link duo, Wikipedia-link Forerunner, & Wikipedia-link Passion. 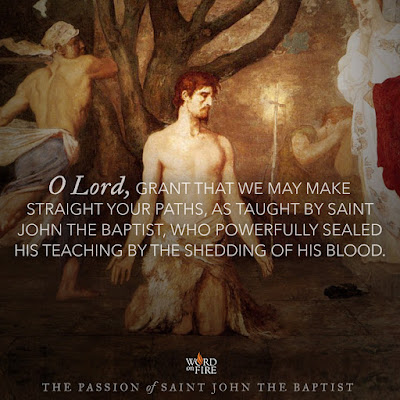 The day commemorates the martydom by beheading of Saint John the Baptist [also 24 June] on the orders of Herod Antipas through the vengeful request of his step-daughter Salome & her mother Herodias. It is John the Baptist who has pointed the way to Christ. John's life & death were a giving over of self for God & other people.

Immediately after the arrest, Jesus withdraws to Galilee and commences his own ministry of preaching and healing. Are these two events just coincidentally related? Hardly. Jesus read the arrest of John as a kind of signal that he was to begin.

We must remember that Jesus, like any Jew of his time, would have read the world through the lens of the Sacred Scriptures. They were the interpretive framework for everything. It was a commonplace of the prophets and the Psalms and parts of the Torah that the era of the Messiah would be preceded by a time of tribulation, when the opponents of God would rise up to counter God’s purposes.

Jesus saw this in the arrest of John. This great national figure, this prophet to Israel, was arrested and eventually killed by the enemies of God—and he took it as a signal that his own Messianic work should begin. 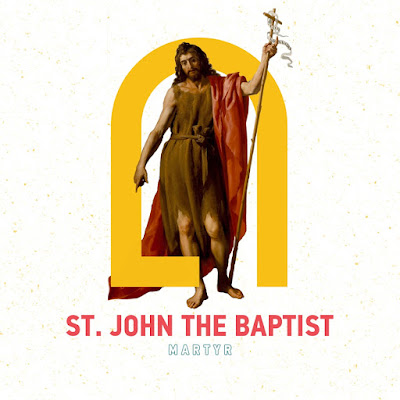 Commentary: Joseph Makes Himself Known to His Brothers (Genesis, 45:16-20).

"This is the flame that Jesus wanted to bring down upon the earth, the one He ardently desired to see enkindled: the fire of His charity, of the justice that He taught & sanctified, of His love for all."
—Pope St. John XXIII (1881-1963, feast day: 11 October)

"Every moment comes to you pregnant with a divine purpose; time being so precious that God deals it out only second by second. Once it leaves your hands & your power to do with it as you please, it plunges into eternity, to remain forever whatever you made it."
—Ven. Fulton Sheen (1895-1979)